A DAY WITH BISHOP OF THE SERBIAN ORTHODOX CHURCH IN CROATIA: CHALLENGES OF FIELD-RESEARCH IN POST-CONFLICT SOCIETIES

A DAY WITH BISHOP OF THE SERBIAN ORTHODOX CHURCH IN CROATIA: CHALLENGES OF FIELD-RESEARCH IN POST-CONFLICT SOCIETIES 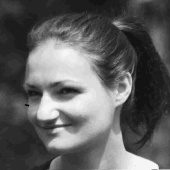 It turned out to be precarious to travel to Pakrac, the town in Western Slavonia, where the first showdown between Serbs and Croats took place at the beginning of  March 1991, marking the outbreak of the war in Croatia. “There is only one option for getting there today,” said a lady in the information office at the main railway station in Zagreb, wondering what I could possibly be doing in Pakrac. It was just the first “only” which became somehow characteristic of Pakrac and my research-trip.

After four hours spent on local trains and buses, I finally arrived, being genuinely surprised by the omnipotent presence of war tracks also symbolizing the absence of a significant part of the pre-war population. In April, I was the only guest in the only hotel (or any accommodation) in the town. Walking on the streets, I was looked at by the locals with suspicion. They seemed to be bothered by probably yet another stranger interested in the remnants of what happened during the war and what inhabitants did to each other. Taking pictures of the completely transformed memory landscape of the town, which used to be interethnically mixed and now only officially remembers “Great Croats,” seemed to be almost inappropriate.* Looking for the damaged Serbian Orthodox Church of the Holy Trinity and the bishop’s residence (Vladičanski dvor) to conduct an interview with Bishop of Pakrac and Slavonia Jovan (Ćulibrk), I definitely did not seem trustworthy to the Croatian majority of the local population.

As a researcher, you cannot expect the trust from representatives of the Serbian Orthodox Church (SOC) either. The SOC – deeply immersed in the narratives of victimhood – perceives itself as being constantly under attack – more so in a society that was ripped apart by the armed conflict. Hence, the SOC became a closed institution which is cautious of sharing information with the public, including people from academia. Orthodox clerics almost automatically label foreign (Western) scholars as critics of values promoted by the Church and see them as a potential threat to the SOC’s public image. If you are a young female historian with no family relation to “Serbian Orthodox blood,” you are even more suspicious. The lack of trust in combination with the busy schedules of the SOC’s high ranked representatives make personal interaction with Orthodox bishops almost impossible.

However, when I started working on a project dealing with the role of the Church in carrying the memory of the Holocaust and the interview with Bishop Jovan seemed to be absolutely indispensable for fulfilling my research goals, I firmly decided to finally break the SOC’s ivory tower. Keeping in mind the SOC’s chronic mistrustfulness intensified by its troubled position in a post-conflict society, I put a great deal of effort in introducing myself as a trustworthy and open-minded researcher genuinely devoted to the subject without any given/fixed political and ideological presumptions. At the same time, I admitted that I am critical towards some aspects of the SOC’s contemporary history and sent exemplary questions in advance to be as transparent as possible. After all, my online academic profiles, including research papers on the SOC, were thoroughly screened after I contacted the bishop’s assistants. Nevertheless, it still took me several weeks of persistent reminding myself through various communication channels to reach the bishop himself. Therefore, when he finally agreed to meet me, I was ready to take any the “only” way to get to his residence in Pakrac.

In the morning when I was entering Vladičanski dvor in Pakrac – which after more than twenty years after the war ended still looks completely ruined from the outside – while being observed by locals who were drinking coffee on the main square, I was nervous. I felt like an outsider in the town as well as being uncertain of what my position vis-à-vis the bishop would be like. Although I planned to keep the interview semi-structured, stick with the prepared questions and possibly record the bishop’s answers, when he came, I knew that I was not the one in charge of the meeting. I was allowed to follow him while he was carrying out his duties and talk to him in the process; that was my only option. So, I ended up going with the bishop and his assistant to Banja Luka to meet officials from the Republic Srpska and even attended the official ceremony in Gradiška celebrating a newly obtained town status. I was only back in the hotel in Pakrac just before midnight, still being their only guest. The next day, I went to see the Easter Orthodox liturgy, and afterward nuns from the Jasenovac monastery took me to the railway station in Novska, as it was again the only way I could get to Zagreb.

During the whole visit, I was treated very nicely by representatives of the SOC – like a guest, as the bishop told anyone we met. Nevertheless, I still felt his caution and had the impression that he perceived me as someone who had been on another side of the barricade but had not done any serious harm to the Church (yet). After all, I was also careful when posing questions as he got easily tempered when being asked something with which he was not fully comfortable. At the end of the research trip, I definitely did not get all my questions answered. Instead of recording a systematic and concentrated interview, I had only a few notes which I was able to make on my knee in a car trying, later on, to put together all the pieces of information that I had collected throughout day. On the other hand, I got impressions and personal insights, which I could have never gotten during the classic semi-structured interview since I had a unique chance to observe the bishop in his natural environment and his natural way of interacting.

After overcoming the challenges of field-research characteristic for post-conflict societies in general and the SOC in particular, I noted that there is a lack of trust and absolute unpredictability; a researcher has to face another series of challenges from the academic community. Can such research – which has to be, to a certain extent, subjective – be reliable and valid for historiography? Can I reproduce all the information that I collected accurately after a certain time gap? How can I be sure that I was told the truth? Being aware of the shortcomings of field-research, especially in post-conflict societies, a scholar can minimalize their negative impact on the final academic outcome. At the same time, when trying to scientifically reconstruct the recent past without access to classic archival sources, a researcher should not be discouraged from embracing field research as one of the crucial methods since it is often the only way to gather evidence.