WHAT WILL CHANGE IN THE RUSSIAN SYSTEM? 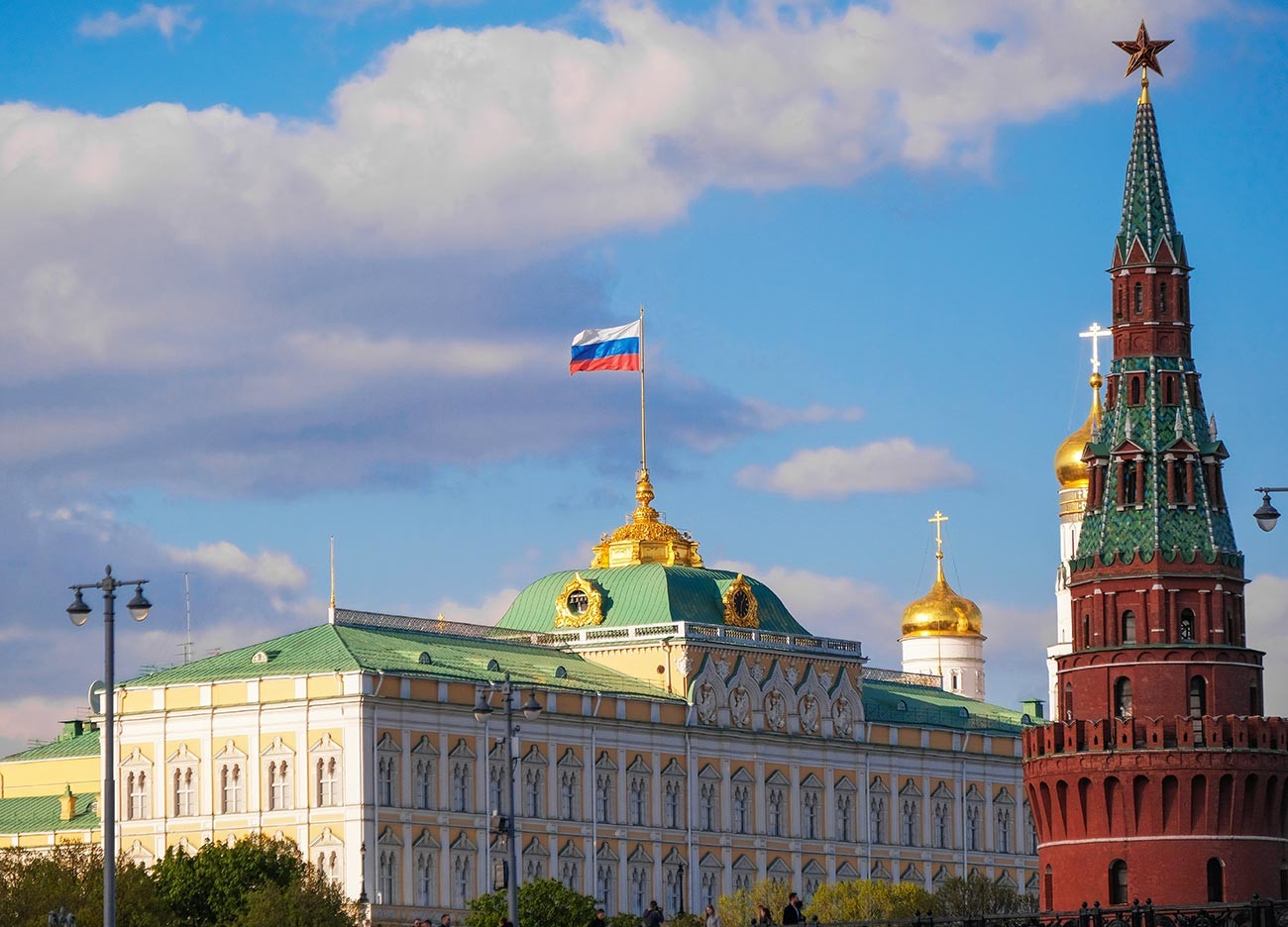 The year 2020 has brought more than one change and a significant event for Russia. The coronaviral pandemic has dampened things (Russia itself is not doing great, to say the least, in the pandemic, but it is far from the only one), but even so, events such as the poisoning of Alexei Navalny, the protests in Khabarovsk, the war in Nagorno-Karabakh, or the replacement of the Russian government in January 2020 were also significant from an international perspective. Read more

How Do Wars Belong in a Museum? Vienna Museum of Military History – Reflection from a Curious Visitor

I knew it, I simply knew that sooner or later this would come. I was only waiting for THE moment. And yes, indeed, at the end of the day, after a month in Vienna, the Museum of Military History was the first one I visited here, with my husband by my side. But it all happened rather differently than I expected. Read more. 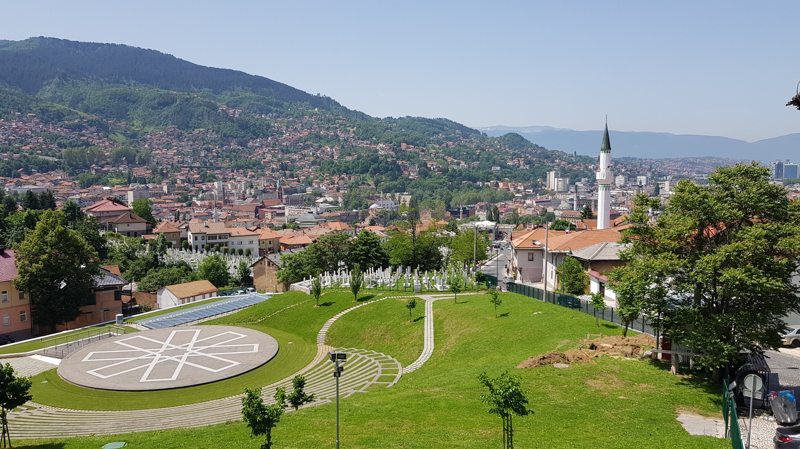 Above picturesque Baščaršija, the heart of Old Sarajevo, there is the museum dedicated to the first Bosnian president, Alija Izebegović. The exhibition was opened in 2007 on the fourth anniversary of his death as a part of the Kovači Cemetery and War memorial complex. The museum occupies two beautiful towers, Kapi-kula Ploča and Širokac, that have been part of the fortress wall since the 18th century. Read more.

A small plaque to a great hero in Bohušovice nad Ohří 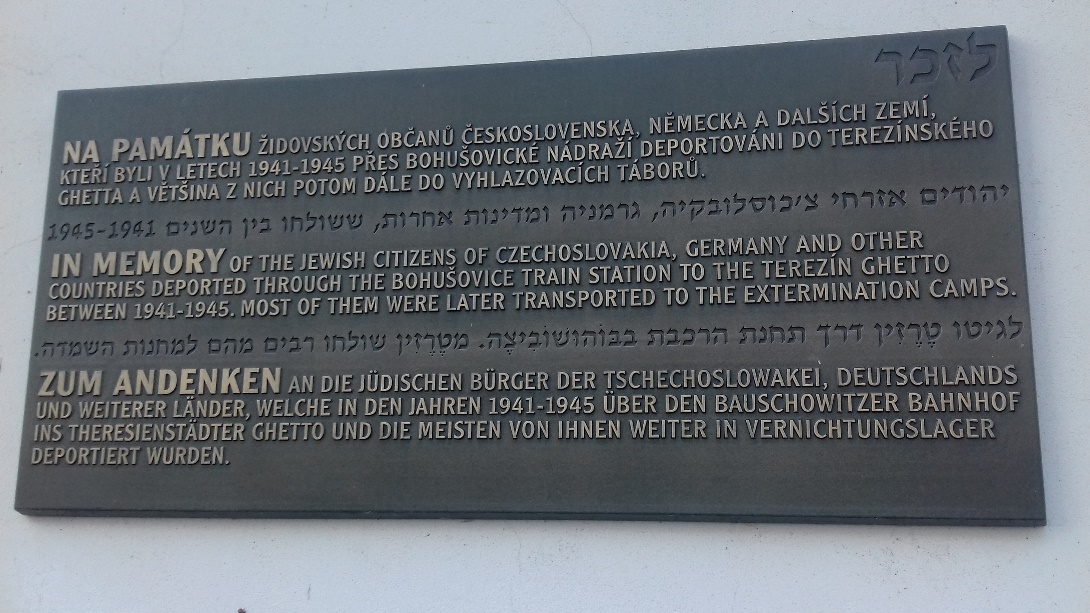 This year, I had the chance to again see the railway station at Bohušovice nad Ohří. To be honest, there is not much I would like to see in this small and shabby North Bohemian town. Yet, this tiny railway station played a crucial role in the fate of (mostly) Czech Jews and in a story that captured my life for the better half of a decade… But let´s begin in late 1941. Read more.

A day with Bishop of the Serbian Orthodox Church in Croatia: Challenges of field-research in post-conflict societies It turned out to be precarious to travel to Pakrac, the town in Western Slavonia, where the first showdown between Serbs and Croats took place at the beginning of  March 1991, marking the outbreak of the war in Croatia. “There is only one option for getting there today,” said a lady in the information office at the main railway station in Zagreb, wondering what I could possibly be doing in Pakrac. It was just the first “only” which became somehow characteristic of Pakrac and my research-trip. Read more. 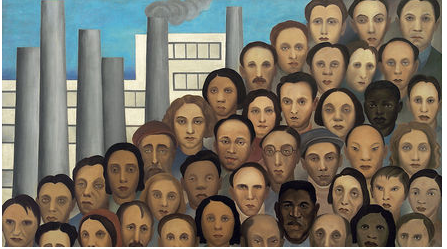 PREKMURJE (SLOVENIA): A SMALL REGION WITH RICH HISTORY AND CULTURE Inspired by an article by Oto Luthar* about the multiethnic region of Prekmurje located in today’s Slovenia, I decided to spend a few days in this area, exploring the local culture, history and museums. Prekmurje is a historical region in eastern Slovenia, which until the dissolution of the Austro-Hungarian Empire after World War I belonged to the Hungarian part of the monarchy and, therefore, still remain a rich mixture of Slovene and Hungarian speakers today. Read more

AN ‘INVOLVED’ PERSPECTIVE ON THE PANKISI GORGE IN ‘BEFORE FATHER GETS BACK’ (2018); SCREENING IN JEDEN SVĚT FESTIVAL IN PRAGUE 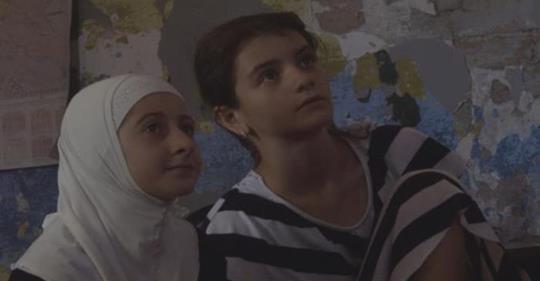 This year between 6th and 17th of March, the International Human Rights Documentary Film Festival One World (Jeden Svět) – the world largest film festival on human rights established in 1999 in Prague – is showing numerous documentary films in Prague and other cities in the Czech Republic. Among the films showing in this year’s programme is a documentary film titled ‘Before Father Gets Back’ (Než se otec vrátí) – a Georgian, French and German production – by Georgian director Mari Gulbiani that premiered on the 10th of March at the small hall of Světozor cinema. Read more.

WHAT IS PAST IS NOW PRESENT. KYRGYZ MEMORIES 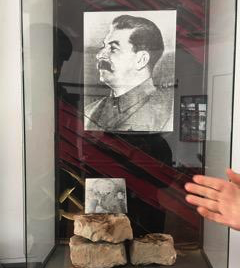 My field research trip to the Kyrgyz Republic started in Bishkek, the capital city of this picturesque country with massive mountain ranges. I was very much impressed by the story of a lovely lady, the only staff of the historical museum I have met during my visit to the Ata-Beyit national historical memorial complex on the second day of my arrival. The name of the memorial in Kyrgyz means “Grave of Our Fathers”. Read more.

PENSION REFORM IN RUSSIA – WHAT CAN WE LEARN FROM THE SITUATION?

For years Russian president Vladimir Putin categorically rejected the possibility of raising the retirement age in Russia. In 2018 he will probably abandon his promises. The State Duma has already approved the legislation bill raising the retirement age. The reaction of the public was immediate and massive in the Russian scale. How to understand the current situation? What are the implications of the pension reform in Russia?

“ARABIC” ILIDŽA: THE ONLY “MULTICULTURAL” QUARTER OF SARAJEVO?

Sarajevo’s Ilidža is known for being an important transport hub, a spa district with an Austro-Hungarian atmosphere and a beautiful promenade leading to the springs of the river Bosna. These are the most common associations among Bosnians when it comes to this quarter, located at the outskirts of the capital city. Yet recently, any reference to or debate about Ilidža in Bosnia has been almost exclusively concerned with newcomers from the Arab world and their foreign investments.

DISPELLING THE MYTHS ABOUT “THE NATIONALIST CONSTANTIN BRÂNCUŞI”

After a short visit to Constantin Brâncuşi’s studio, reconstructed on the piazza at the Centre Pompidou in Paris, I remembered that in his country of birth (Romania), the renowned modern sculptor - and his artistic legacy - is often associated in public discourse with a “genuine Romanian ethos.” I always wondered, while gazing at his famous sculptures (e.g. The Endless Column, The Gate of the Kiss, The Table of Silence), what this supposed “Romanian ethos” was supposed to mean. A recent exhibition in Sfantul Gheorghe (a small town in Transylvania, Romania) entitled The Sons and Daughters of Brancusi: A Family Saga (2016) – curated by Alexandra Croitoru - attempted to dispel the myths about the nationalist Constantin Brâncuşi. The world acclaimed Romanian-born artist (and student of Auguste Rodin) Constantin Brâncuşi is currently remembered in the Romanian cultural sphere in the context of the “art-builds-the-nation” narrative. His image/persona and his prominent sculptures are subject to national pride, the branding of Romania in tourism campaigns and religious reverence. The Romanian Orthodox Church emphasizes the cultural activity of Brâncuşi and calls him “Notre Seigneur Brancusi – Le Crist De Roumanie” (Credincios bătrân, 7 oct. 1986; Paris).

ADVENTIST CHURCH IN SERBIA: A THREAT TO THE SERBIAN ORTHODOX CHURCH?

The headquarters for the northern district of the Christian Adventist Church in Serbia is a newly renovated spacious building located near the city center of Novi Sad. As many locals say, it is a very lucrative place. There are three smaller churches, one of which holds ceremonies in Hungarian. On January 20, the day of Saint John the Baptist, when many Serbian families celebrate their Slava – the Serbian Orthodox tradition of the ritual glorification of a family’s patron saint – around 200 believers attended the service in the central Adventist church. As one of the pastors, Stevan Mirčeta, told me, the number was below average. Yet, two parallel services were taking place, one being adjusted to younger members, and both were streamed online. It shows that it is a very lively religious community which, according to statistics from 2010, consists of around seven to eight thousand active believers and several thousand supporters. It makes the Adventist Church the most numerous non-traditional protestant church in Serbia, a dominantly Orthodox country.

CENTRAL ASIA AFTER ASTANA: FROM INTEGRATION TO COOPERATION

After the March 15 meeting of Central Asian leaders in Astana, analyses, news and reports increasingly use words such as “integration” or “new beginning” to describe political developments in Central Asia. Some Russian media have speculated in the beginning of the next phase of separation from Moscow. However, the “consultative meeting” in Astana should be understood in a completely different manner. The word “integration” reminds us of previous, less successful attempts at regional cooperation in Central Eurasia and so far, no comprehensive integrational concept has materialized. Yet, the Astana meeting was the first of its kind in many years and President Nazarbaev, summing up the results, underlined its informal character and even compared the format to the Visegrad group in Central Europe. Read more

On Sunday April 15, a commemoration to victims of the WWII Ustasha concentration camp Jasenovac, among which were a large majority of Serbs, was held in the memorial zone Donja Gradina* in the Republika Srpska (RS), the predominantly Serbian entity of Bosnia and Herzegovina. The event, attended by hundreds of citizens of the RS, was directly broadcast by the main entity television station RTRS and occupied the main pages in daily newspapers in the RS; still, this event passed basically unnoticed by any international media. The lack of attention was not surprising, however, given that information about the date of the commemoration was released only 12 days prior to the event and aimed solely at the local public.

HOW TO GET PUBLISHED? AT LEAST IN HUMANITIES…

Once I overheard a decision-making statement from a promising student who I was hoping to enroll for doctoral studies. She asserted that she would never pursue an academic career since you were condemned to a life of suffering from harsh criticisms delivered by anonymous colleagues at whose identity you could only guess. Having some family members in academia, she knew what she was speaking about. One might be obstinate and optimistic, but usually there is a moment for all of us when we think that what doesn't kill us does not necessarily make us stronger. For the past 12 years that I’ve spent in academia, I have been following young people decide whether or not to enter into academic circles. My co-author, Barbora, did just that, and we together decided to write our observations about the challenge of getting published.

I came by Staro Sajmište several times when visiting Belgrade. Even though I knew this was the largest concentration camp run by Nazis in occupied Serbia during World War II, I never realized that unkempt settlement on the Sava River bank, just next Belgrade’s busiest bridge, was the remnants of the former camp. Most Belgrade locals aren’t even aware of its existence in the very center of the Serbian capital, let alone the tragic history of this place.

We all know the place from the news. At least we think we know since we have seen those scenes many times: the rows of green coffins, the white marble gravestones, the weeping women with baggy trousers shrouded in headscarfs, the politicians in dark suits, their bodyguards with sunglasses, the reporters, the interpreters, the cameramen and the occasional green hills in the background.

SHARED SACRED SITES: ON RELIGIOUS TOLERANCE AND THE MEMORY OF PEACEFUL COEXISTENCE

Between September and December  2017, the municipality of Thessaloniki in Greece is hosting a series of exhibitions within a project called Shared Sacred Sites. The attention of the exhibitions is focused on a distinct phenomenon, not unusual in the Mediterranean area, of sacred sites that are commonly used by Christians, Jews and Muslims while also being shared by them irrespective of their denomination.

WHOSE MEMORY? THE COMMEMORATIVE SITE OF NAZI MASSACRE IN THE PIVA REGION IN 1943

It was not easy to find Dola, a small settlement in the Piva region of Northwestern Montenegro. It’s not even on a map. Yet it plays an important role in the memory of local inhabitants as well as in the collective memory of suffering in the Second World War.

ON BRITISH RULE IN CYPRUS

In many European countries it is still rare to find a good-quality museum that would cover in an un-biased way the history of the respective area and its inhabitants in its whole time span including its most recent political development.