What is past is now present. Kyrgyz memories

What is past is now present. Kyrgyz memories 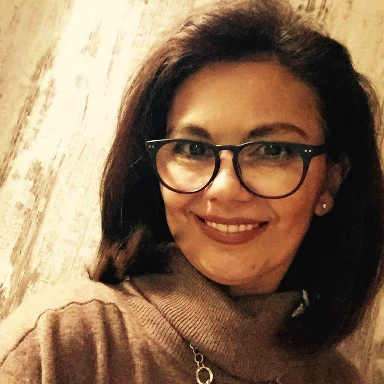 My field research trip to the Kyrgyz Republic started in Bishkek, the capital city of this picturesque country with massive mountain ranges. I was very much impressed by the story of a lovely lady, the only staff of the historical museum I have met during my visit to the Ata-Beyit national historical memorial complex on the second day of my arrival. The name of the memorial in Kyrgyz means “Grave of Our Fathers”. This memorial is located 25 km away from the capital city, in the south of Bishkek. The story of the museum guide is about the local intelligentsia of the early Soviet period of the Kyrgyz Republic, who suffered from Stalin’s repressive regime in the 1930s. It is said that in 1938 on a single night the bodies of 137 locals were buried in mass grave, the secret location of then neglected break plant. A guard, who lived not far from the site with his family witnessed this tragic moment and kept the secret until his deathbed. After his confession, the man’s daughter kept the secret herself until 1991.

The museum guide tells that this tragic event has been kept in secret until the fall of the Soviet Union. Only after gaining the Independence the daughter of the guard reveals the secret to the public following her father’s instructions to keep this secret until the time when it wouldn’t be a threat for her life. The small museum on the site exposes the archival documents, pictures about the victims, newspaper articles and the remnants found in the grave – pieces of clothes, shoes, and even pieces of papers with the text of sentences against the victims. This museum is the major part of the Ata-Beyit memorial complex, which commemorates the victims of Stalin’s totalitarian regime. It is hard to imagine that this tragic event of the people of the Kyrgyz Republic has been kept in secret for a long time, and only after the collapse of the Soviet Union the people turned back to their history and started to commemorate their “fathers”.

The names of the victims are engraved on the marble pillars in the center of the complex. When you read the engraved names you discover that there were not only Kyrgyz but also other nationalities as well among those buried on the site. The local peoples’ stories about this tragic event prove that they live as one nation in unity. I would say that this is one of the major characteristics of the Kyrgyz people whom I would refer to the type of “participant political culture” using the method offered by Gabriel Almond and Sidney Verba. The people here actively engage in political processes and enjoy the freedom of expression now in the period of transition from the Soviet totalitarianism to liberal democracy.

The memorial complex commemorates another tragic event of the history of the local people. Three base pillars with the roof part of the traditional Kyrgyz “yurta” that symbolize a home for local nomad people with a large plinth commemorates the victims of the Russian Tsarist imperialism in 1916. This is the year when thousands of local men, women and children lost their lives in the flight from the Tsarist soldiers through harsh mountain routes in the border to China. The locals name this tragic event “Urkun”, which means, “mass extermination” in Kyrgyz. The spoken stories about this event have immensely impressed me. The peace-loving local nomads, whose territories were colonized by the Russian imperialists, were neither informed of the world affairs nor the World War I; thus, unaware why the Russian Tsarist troops wanted them to be mobilized for the service in their army. From history, we know that the Tsarist powers did not practice mobilizing the local people for their army during the first years of the war. The locals resisted, despite their forces were not equal. They did not want to change their nomadic lifestyle. That is why they opposed the change in a way they could. Under the powerful force of the Russian troops, the locals had to move from their native lands. Cruel killings of the escapees and the severe conditions of the mountain routes in the border area left an indelible mark in the history of the Kyrgyz people. This historical event was interpreted differently during Soviet time. The interpretation was about the Bolsheviks that brought freedom for locals who suffered from the Tsarist imperialism. However, the commemoration of this national tragedy was also possible only after the independence of the Kyrgyz nation. You can also see the works of the Kyrgyz artists that describe “Urkun” at the National Art museum of the Kyrgyz Republic in Bishkek.

The Ata-Beyit national historical memorial complex includes one more commemoration.  Chinghiz Aytmatov, the master of words and the hero of the Kyrgyz Republic, Kyrgyz and Soviet writer is resting here. His father, Aytmatov Torekul was among those buried in the secret site of the neglected break plant in 1938. It was Chinghiz Aytmatov’s father who listed all the names of the victims of repression and hid the paper in his pocket before he was shot dead. During the excavation of the site in 1991, the remnants of the victims were recognized according to the list found in Torekul Aytmatov’s pocket. When the story about the secret site, a mass grave revealed by the woman, the only secret keeper, Chinghiz Aytmatov initiated to found the memorial complex here. It was possible only when the Kyrgyz people gained independence and became a sovereign nation.

The contemporary history of the Kyrgyz people witnesses another tragic event. More than 80 people died in the April revolution of 2010 in the Kyrgyz Republic. Extremely low living standards, incompetence of the government officials to solve the economic and social problems in the country, the ongoing power struggle between the Kyrgyz clans of the north and the south of the country, and the growth of the authoritarian tendencies during the presidency of Kurmanbek Bakiyev are the major reasons of the people’s resistance on April 7, 2010. Those who died during the Revolution are buried in the Ata-Beyit national memorial complex. People come to this complex on April 7 every year to remember their heroes.

WHAT IS PAST IS NOW PRESENT. KYRGYZ MEMORIES